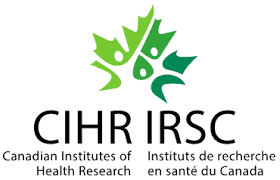 Sexual assault is a serious problem at universities with conservative estimates of 1 in 5 women students experiencing sexual assault before they graduate. To date, only the small group in-person EAAA (E-triple A - Enhanced Assess, Acknowledge, Act) sexual assault resistance program has been proven to reduce the risk of sexual assault. In a clinical trial at 3 Canadian universities, 1st year women students who took EAAA were 50% less likely to experience rape or attempted rape in the next year than women who did not receive the program. The in-person format is clearly effective but the need for staff resources at each university to implement it locally is an obstacle to expanding the program's reach. This research will examine whether a new version of EAAA called IDEA3 (IDEA cubed - Internet Delivered EAAA), which was systematically adapted for online delivery, is also effective in reducing sexual assault.

We will conduct a clinical trial at 4 diverse universities (2 each in Canada and the U.S.). 1st year women students (N=1920) will receive either IDEA3 or an online workshop on consent. Women students will participate in face-to-face pairs within a small online group of 16 women to ensure that women who take IDEA3 have emotional support and self-defence practice more comparable to women who take in-person EAAA. Consultations with online learning specialists and multiple rounds of pilot testing and revision have confirmed preliminary feasibility and acceptability of the intervention. Participants will complete online surveys 1-week before and after completing their program and again 6 and 12 months later. Rates of sexual assault experienced by women who did and did not take IDEA3 will be compared. Other factors associated with reductions in sexual assault and self-blame if rape occurred will also be assessed. Should IDEA3 prove effective in reducing women's risk of sexual violence, it will revolutionize efforts to combat campus sexual violence in both countries.