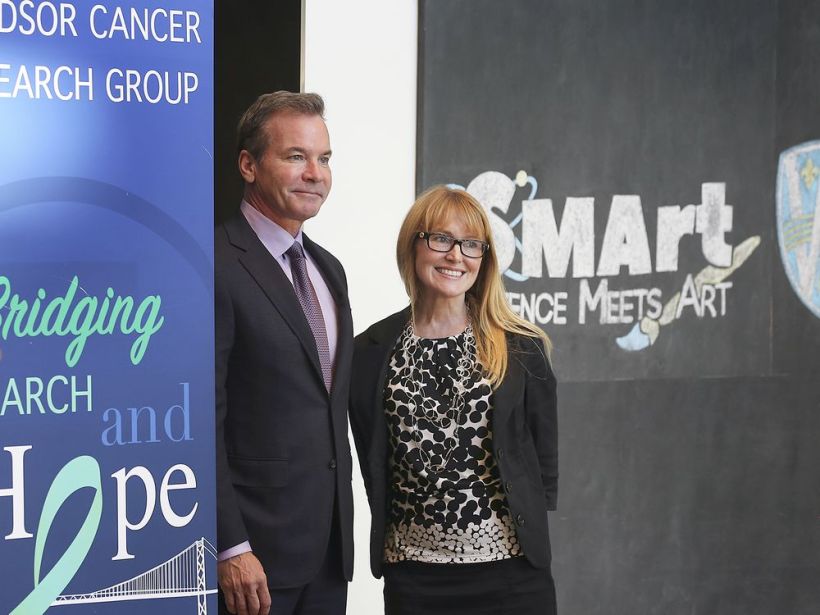 Caesars Windsor’s Concerts for a Cure campaign will help get a more than $100,000 imaging machine back in use for local cancer research

Caesars Windsor kicked off its seventh annual campaign Tuesday at the University of Windsor by announcing the Windsor Cancer Research Group will receive some of the funds from October and November Colosseum ticket sales.

“Students use it multiple times per day so right now research is at a halt in some cases,” said Lisa Porter, a University of Windsor professor and a researcher with the Windsor Cancer Research Group. “It’s pretty desperate for us to get this. We’re so thankful they could come to the rescue and get this back up and running.”

The machine called a protein densitometer at the university has been out of commission for four months. Porter said there are more than 100 students that use the machine.

Caesars Windsor sponsors a program called Nucleus, which stands for Network of Core Labs Enabling Solutions and helps cancer researchers in the region share cutting-edge equipment. The imaging machine, which shows the amount of proteins in certain cells, is also needed for clinical trials, Porter said.

During the Concerts for a Cure Campaign, a dollar from each October and November Colosseum ticket sales is donated to local cancer-related organizations.

This year it will be for two local groups: the Windsor Cancer Research Group and a second beneficiary, the Windsor Cancer Centre Foundation, which will be announced in November. The Concert for a Cure campaign usually raises about $20,000 so both groups could receive $10,000 each.

Since 2013, the campaign has raised more than $140,000 for cancer-related research, awareness and support for cancer patients.