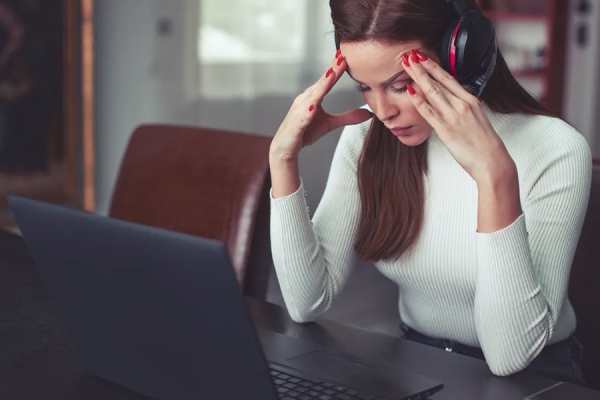 Remote work — with its countless online meetings — is taking its toll on employees,

Four in 10 remote workers report suffering from a sense of physical and mental exhaustion that accompanies prolonged screen engagement and the lack of face-to-face interaction during the workday, says kinesiology professor Francesco Biondi.

“With workplaces becoming increasingly virtual, my focus on understanding human cooperation with machines and systems contributes to understanding how human cognition responds to our increasingly virtual world,” Dr. Biondi writes in an article published Monday in the Conversation, which shares news and views from the academic and research community.

While teleworking has its advantages — for example, shorter commutes — it comes with a cost.

Biondi notes that the causes of Zoom fatigue remain a mystery, but a contributing factor is the impetus to multitask during video calls.

“This phenomenon, which is also common in distracted driving, is motivated by our tendency to stay active following boredom or perceived lulls in job performance,” he says. “Together, these circumstances lead to high levels of mental demand in the workplace which not only reduces productivity, but also leads to greater muscle exertion and poor task performance.”

Biondi concludes with a call for a cross-disciplinary approach to research into the mental and physical burden of COVID-19 on teleworkers.