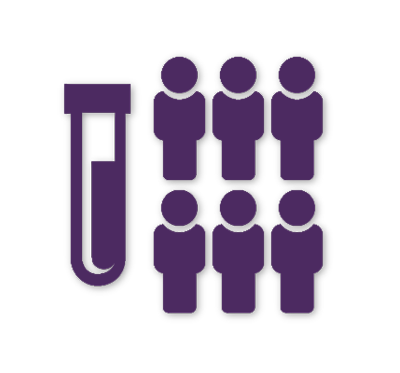 An estimated 226,000 Canadians were diagnosed with cancer in 2020, and about 37% of these patients will die. Boron Neutron Capture Therapy (BNCT) is a radiation therapy that could be effective in many of these cases, but is most urgently needed for recurrent head and neck cancers and glioblastoma multiforme (GBM), for which conventional treatments usually fail. For example, over 80% of the projected 3000 Canadians who were diagnosed in 2020 with cancer in the brain or central nervous system will die from it.

In BNCT, non-toxic drugs carrying boron-10 (10B) are delivered to a tumour, and the patient is exposed to neutrons. When 10B captures a neutron, it decays into a lithium ion and an alpha particle with a total energy, which is deposited over the distance of about one cell (i.e. 12 μm) and is sufficient to kill the host cell. Provided that the drug has excellent selectivity for the tumour, BNCT will kill the tumour while leaving surrounding tissues intact. BNCT can be highly effective, with some studies demonstrating significant improvements in survival rates. BNCT-related studies were conducted at many nuclear reactors around the world between 1950 and 2000. Their failure to achieve success is attributed to factors such as: (1) nuclear reactors are not suited to perform clinical procedures; (2) the presence of undesired radiation in the reactor’s neutron beam; (3) need for effective boron compounds, including pure 10B (20% natural abundance); (4) lack of precision in measuring boron concentration in the patient; (5) lack of modern treatment planning systems for delivery of optimal neutron dose; and (6) limited availability of neutron sources. Progress on these factors has led to recent clinical success: The first hospital-based Compact Accelerator-driven Neutron Source (CANS) for BNCT was established at the Southern Tohoku BNCT Research Center (STBRC) in Japan in 2014, and as a result of its Phase 2 clinical trials of recurrent locally advanced head and neck cancers and GBM, doctors in Japan may now prescribe BNCT for first-line treatment, and patients were treated with routine BNCT for the first time in June 2020.

This project will yield necessary information to inform our broad long-term goal of the construction of a Compact Accelerator-based Neutron Source (CANS) for health and advanced materials. The University of Windsor is leading a national effort to design and build a prototype Compact CANS. This facility will be the at the heart of Canada’s future scientific competitiveness and the first of its kind in the country. The Compact Accelerator-based Neutron Source will be a national user facility for research (Materials and Health) that requires neutron beams. Specific to this project, radiation oncologists at the Windsor Regional Hospital, will use the neutron source to lead Canada’s first clinical trial of a powerful radiation treatment for otherwise incurable cancers, known as “Boron Neutron Capture Therapy” (BNCT).

For Windsor to realize this, ambitious, overarching goal, several key aspects need to be achieved. To this end, we propose to investigate the design parameters of the BNCT end station required to ensure relevance of pre-clinical BNCT research at the Windsor CANS facility. We will strive to reproduce key parameters of the neutron beam used for clinical BNCT at the Southern Tohoku BNCT Research Center (STBRC) in Japan.