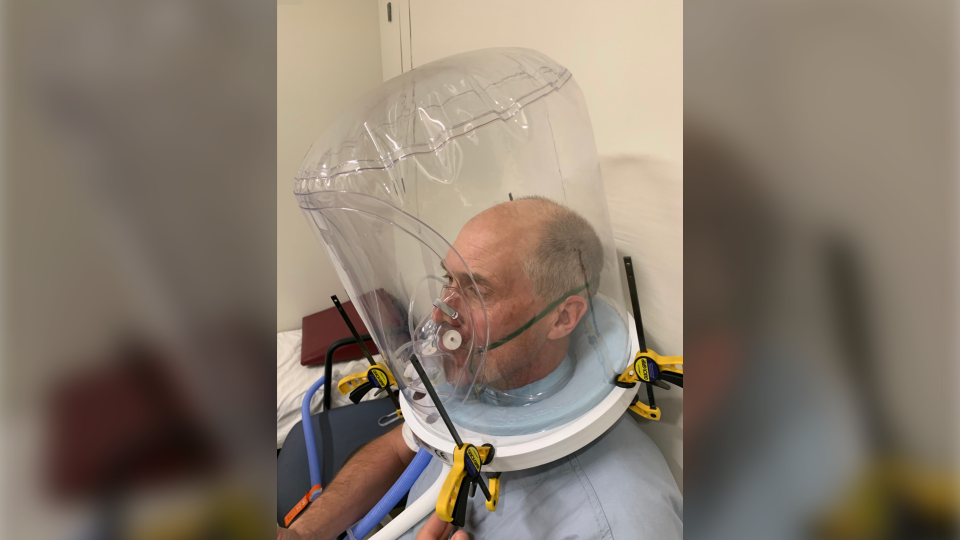 WINDSOR, ONT. -- A made-in-Canada device is aiming to breathe new life into the COVID-19 battle, by taking a different approach on a device that has been crucial during the pandemic — ventilators.

A team of Windsor researchers is in the early stages of developing a non-invasive ventilation system called the Canada Hood.

“We are trying to avoid putting people into an induced coma and breathing tubes. It’s a lot less harsh on the body,” says Dr. Jay MacDonald, emergency and hyperbaric medicine specialist at Windsor Regional Hospital.

Hood ventilation devices, also known has helmets, uses a transparent plastic bubble which goes over the patient’s head and seals at the neck. Tubes connected to the device push in blended oxygen and air while removing and filtering what the patient breathes out.

“It’s very similar to blowing up a balloon,” MacDonald describes the process.

The helmet technology was first developed in Europe and used extensively during COVID-19, but none were made or available for use in Canada.

“In the first wave of COVID, Italy found great success with it in keeping people off the ventilators,” says Macdonald.

However, the early prototypes had shortfalls, such as temperature and humidity issues. The Canada Hood Project is looking to address the flaws with innovative improvements.

If successful, Macdonald says the Canada Hood can be used in versatile settings to help patients and protect healthcare workers from viruses.

“You can use them in a nursing home, in a field hospital, places where you certainly won’t have the ability to use a ventilator,” he says.

The Canada Hood prototypes will be built by Crest Mold Technology Inc. in Oldcastle. Then in June and July, St. Clair College will test the efficacy of the product. 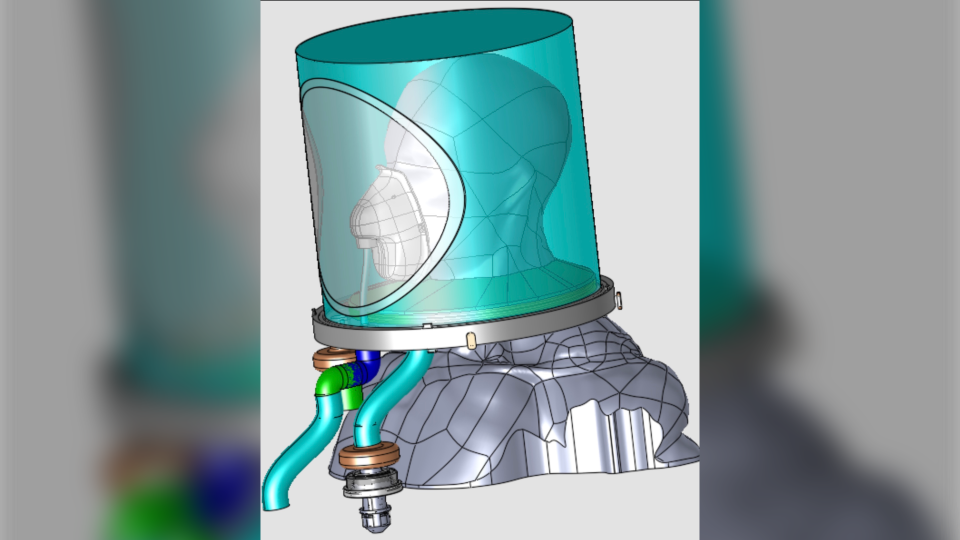 “One of the big things we need to ensure is that the patients have a good seal that it isn’t interrupted while they’re being cared for,” says Wendy Foote, the St. Clair College respiratory therapy program instructor leading the testing portion.

“We also want to make sure they can hear and communicate with use because the atmosphere in the hood can be loud.”

The first tests will be performed on mannequins, then local respiratory therapists will be asked to act as patients to try on different hood designs.

The project was recently awarded a $19,450 grant from the WE-SPARK Health Institute and the researches have applied for patents.

“Assuming the tests confirm everything we have done to date, the next steps will be to apply for funding for the production tooling and for Health Canada approval,” says MacDonald.