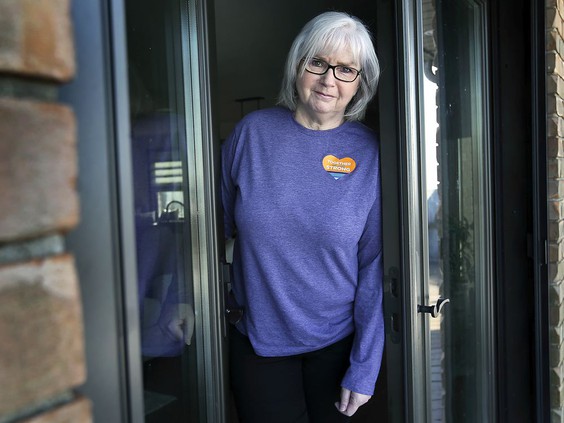 shown at her Lakeshore home on Thursday.

“Let’s talk about how we’re all doing at almost one full year dealing with this nightmare,” Hotel-Dieu Grace Healthcare CEO Janice Kaffer begins in a post on LinkedIn this week. “I’ll go first.”

What follows is an extraordinarily candid acknowledgement by a top hospital official of the impact of the stress of working in health care during the pandemic.

“I’m tired,” Kaffer wrote. “I’m tired of all of it; the loss, the decisions that have to be made constantly, the changing information, the politics, the loneliness and isolation, the pain, the guilt, the unrelenting pressure.

“And I’m tired of being tired.”

She started out strong a year ago, she wrote. She ate well, walked daily, took care of herself. She lost weight. She felt good.

“I don’t know exactly when I stopped trying to look after me and stopped trying to find the ever elusive balance, but I did,” she wrote. “Eventually, I hit the proverbial ‘wall,’ and sleep became a memory, my fatigue turned to short tempered and I found myself struggling to find any joy in the day to day.”

She hadn’t taken a real day off in more than eight months.

“Gradually, through the fog of mental and spiritual exhaustion, I realized I needed time off,” she wrote.

So she took a week off — and spent it putting her grandchildren’s Lego sets together.

“I’m a strong and capable woman who is freely admitting I’m not a superhero,” she wrote. “I hope this post gives others the ‘permission’ to say out loud you feel that too. We have months to go, and we must take care of ourselves in order to take care of all the others that need us. We know there is no choice but to keep going.” 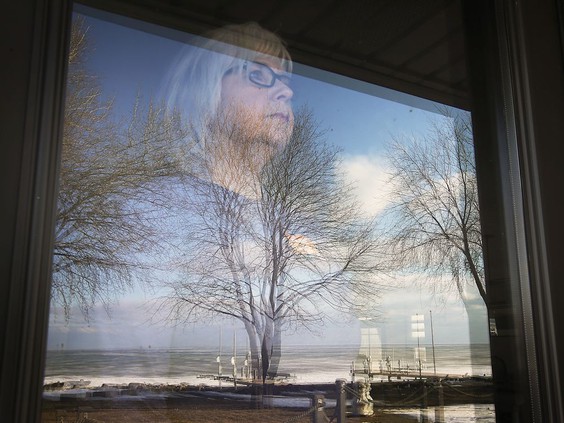 shown at her Lakeshore home on Thursday.

Dozens of people thanked her — other hospital CEOs and top health-care officials, people in fields from banking to education to auto repair, from across Ontario.

“This!!!” one woman wrote. “I could have written this Janice. Thank you for validating our humanity under extraordinary circumstances. I needed to hear this from someone I respect greatly.”

“Hallelujah sister!!” wrote another. “I hear you loud and clear. I can relate on every level.”

A woman posted her favourite poem for Kaffer. Another posted an article about how COVID-19 is like a marathon with no finish line.

This pandemic has forced a fundamental shift in how people live and work, she said.

“And people are thinking we shouldn’t talk about it or aren’t talking about it?” she asked. “That’s the most surprising thing to me.”

Some CEOs think that admitting that they don’t have it all figured out is a sign of weakness, Kaffer said.

“I do believe that the way I have been feeling, and the difficulty I have had in trying to find that day-to-day joy at work is an experience that the majority of health-care workers are feeling now,” she said. “To pretend hospital CEOs don’t feel that is a lie because we do.”

The health-care worker as hero? That’s a myth, she said.

“We’re not heroes,” she said. “We’re hard-working people who are doing our level best.”

Hotel-Dieu isn’t an acute-care hospital, but it plays a key role in this pandemic. It takes recovering patients from Windsor Regional Hospital to free up beds there for the severely ill. It provides rehabilitation for recovering patients.

It guided The Village at St. Clair long-term care home through the worst seniors’ home outbreak in this region. Kaffer, a nurse, worked Christmas Day caring for residents.

Now, Hotel-Dieu is helping the Downtown Mission through an outbreak that has infected more than 80 homeless people and staff.

Through it all, the hospital has wrestled with its own COVID-19 outbreaks.

It’s the unrelenting pressure, Kaffer says, and it’s felt by everyone from the doctors and nurses to administrators, food service employees and janitors.

“It’s that pressure to think about every interaction with every individual,” she said. “We don’t do causal any more. Everything has to be thought of through the lens of, is this safe?”

So are the continual changes in information. Many days, directives are sent to staff only to be followed by different directives, sometimes the same day.

And there’s the loss of personal connection behind all those restrictions and masks.

“There’s been an incredible loss of just that casual care and connection,” said Kaffer.

She took a week off during the lockdown. There was nothing to do.

She was tidying up and realized her grandkids had 25 Lego sets, all in pieces.

“I’ll just put one of them together,” she thought.

She ended up putting together 30 sets, including ones that her son played with 30 years ago.

“There was something so satisfying about taking something that was a mess and putting it back together and having a finished product,” she said. “For a year, we haven’t been able to finish anything. It’s been a constant box of Lego with no plan, no patterns and no instructions.”