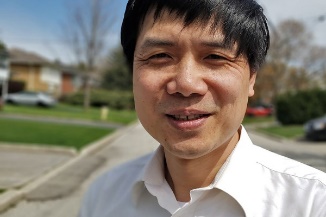 I’ve heard about a new variant.  What does this mean?

The genetic material of the coronavirus (SARS-CoV-2) that causes COVID-19 is ribonucleic acid (RNA). The viral RNA genome – the codebook of the virus – encodes all the information the virus needs to infect humans and replicate itself for transmission. The RNA viruses are notorious for their propensity to mutate themselves during replication, which generates a “variant” containing some random changes in the codebook. Some of the changes do not affect the assembly or the infectiousness of the viral particles, while others are deleterious, which renders the virus less contagious. But some mutations give the virus a competitive edge to survive longer in the environment or spread faster compared to other variants. However, if a variant becomes too lethal and kills the infected patient immediately, it loses the host for further transmission, which results in its limited spread. For example, the MERS (Middle East respiratory syndrome) coronavirus, a sibling of the SARS-CoV-2, has a 35% fatality rate compared to the 1.4% overall fatality rate of SARS-CoV-2[1].

Eventually, those variants with better ability to transmit will become the dominant variants in circulation. Based on the sequence data of known SARS-CoV-2 variants, scientists estimate the virus will accumulate about 15-25 mutations per year in its about 30,000-nucleotides long genome. There are many new variants identified every day[2]. However, only those that gain predominance in circulation attract our attention. The B.1.1.7 variant, first identified in the UK, is a variant that is 67-75% more transmissible than the original virus, and because of its competitive edge in transmission, it rapidly becomes a dominant variant in the UK and will soon become a dominant variant in the US as well. There are also several other variants, for example, the 501.V2 variant first detected in South Africa, the B.1.1.248 variant first detected in Japan, that also started to circulate because of their increased transmissibility.

The virus that causes seasonal flu, influenza, is also an RNA virus. Mutation of the influenza virus that leads to new variants is why we don’t have long-term immunity to the flu and have to take flu shots every year.

Is it more dangerous?

So far, there is no strong evidence supporting either the B.1.1.7 or the 501Y.V2 variant is more dangerous than the original virus on an individual basis despite their significantly increased transmissibility. However, more transmission means a higher risk of infection for the vulnerable population, such as the seniors and those living with cancers, diabetes. It also means the virus could pose more challenges to the public health system, which, if the variant brings it to the edge of collapse, could mean more fatality.

On January 22, 2021, British Prime Minister Boris Johnson said there is "some evidence" the B.1.1.7 variant could be more dangerous, but such claim has not been peer-reviewed and scientifically validated.  UK scientists warn data are still 'not yet strong' enough.

Is it more contagious?

Yes, the evolutionary rules dictate the dynamics of the virus variants. Many variants are generated, and those variants that are more contagious are selected and will eventually dominate in circulation.

Will the vaccines work on the new variant?

The Health Canada approved vaccines, the Pfizer-BioNTech and Moderna ones, and to-be approved Oxford-AstraZeneca vaccine, all utilize the Spike protein of the original Wuhan coronavirus as the antigen to stimulate the human immune system to produce antibodies to neutralize actual live virus if infected. These antibodies generated by our body will recognize different patches (which are called epitopes) of the spike protein. If the sites of mutation of the variants are not on these epitopes, then the vaccines will still work; if the sites of mutation are on the epitopes, then there is a chance the protectivity of the vaccines is reduced or diminished. At this stage, scientists still do not have a firm answer as to whether the vaccines will protect against the new variants, although a small study does show that the Pfizer vaccines still work on the B.1.1.7 and 501Y.V2 variants. Fortunately, SARS-CoV-2 does not mutate as fast as the influenza virus. Furthermore, the technological platforms of all three vaccine manufacturers allow them to tweak the vaccines very quickly to adapt to the new variants.

Dr. Yufeng Tong is an Assistant Professor in the Faculty of Science at the University of Windsor. He is an Experimental Biochemist who received his Ph.D. in Molecular Biology and Biochemistry from the Chinese Academy of Sciences, Beijing and a B.Sc. in Chemistry from Tsinghua University. His research interest focuses on protein structure, function, and drug discovery.